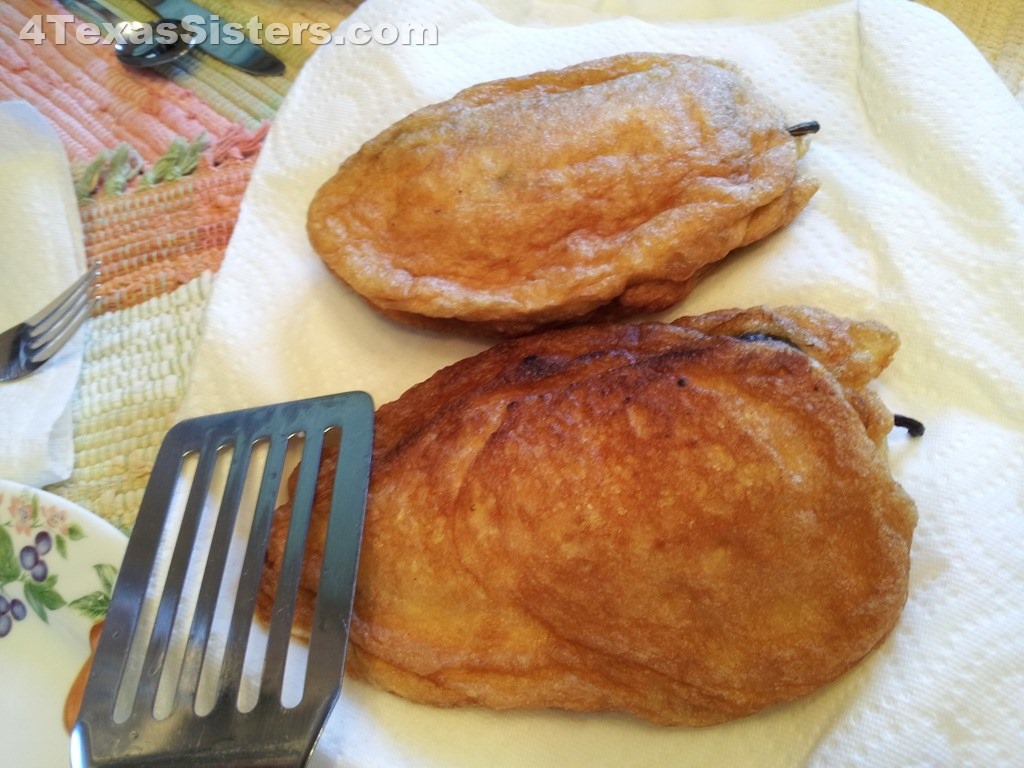 One of the best Mexican food dishes I like (and like to make) is Chile Rellenos either stuffed with cheese alone or with a combination of meat & cheese.

I usually make my Chile Rellenos with Anaheim peppers but they are quite tasty made with Pablano peppers. First I roast the peppers & chill them in ice water to stop the cooking. I slit the pepper open and scrape out as many of the seeds & veins as I can so they are not quite sooooo hot!!!

Usually I cut a block of Colby Jack cheese into strips and stuff at least one strip in each pepper.  If I am adding meat, this is the time to fill them.

To make the batter, I usually use the same number of eggs that I have peppers.  If I make 4 peppers, I use four eggs, at room temperature. Divide the yolk from the white. Add about 1 tsp flour per pepper, 1/2 tsp salt, pepper to taste, & 1 tsp of Season Salt, 1 tsp cumin. Whip the egg whites, with 1 tsp of Cream of Tatar, to stiff peaks.

Add about a “big” spoonful of the egg whites to the egg yolk mixture to thin it out.? Gently fold the yolks into the whites so as not to break the fluffiness.

I heat oil (lard, about an inch)in a large skillet. I use a ladle to pour some batter on top of the heated oil.  Be sure to pour enough so that the pepper can lay across it without having the pepper in the oil.  Lay the pepper on the batter base & spoon more batter over the top of the pepper.  Using a spoon (or ladle), scoop oil across the enclosed pepper.  This will provide some stability when you turn the pepper. I use a silicon covered spatula to turn the peppers. After the bottom browns, carefully turn the pepper and let the pepper turn golden brown. Use the spatula to move the cooked pepper to a paper towel covered plate. Serve immediately.