Happenings Around the 4Texas Sisters 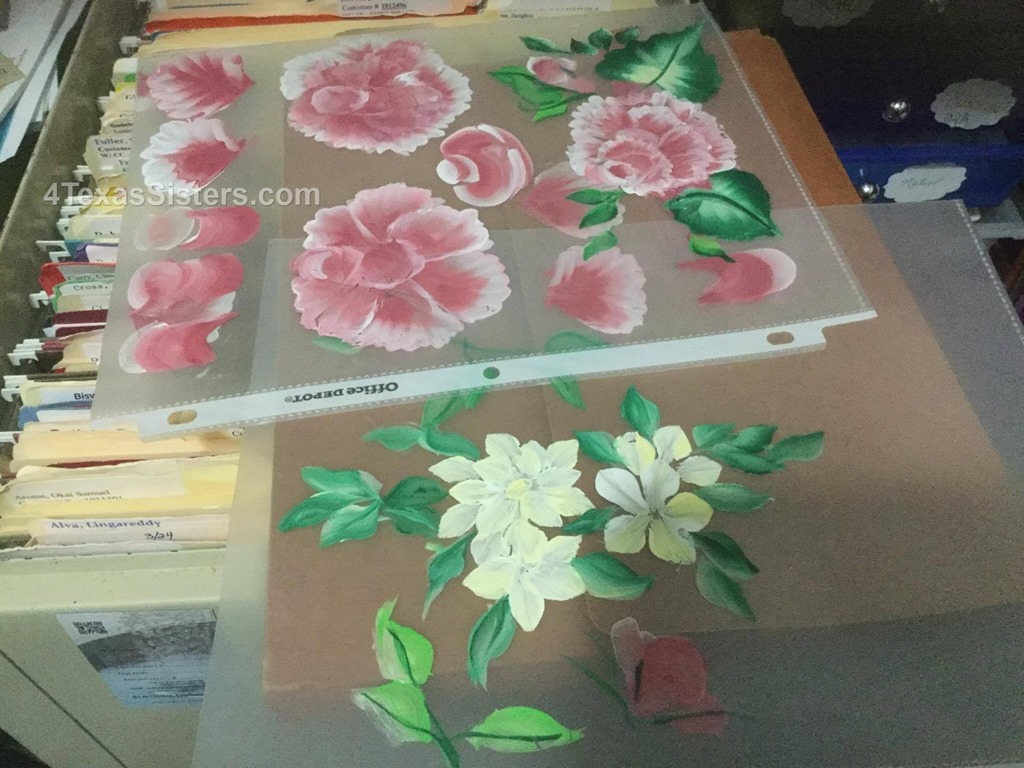 It’s been pretty busy for a while all around the 4TexasSisters households.  Lots going on but not a lot we’d want to write about, ya know …lol

Though I’ve got tons of stuff to share about what’s been going on, I’ll just give a recap of what’s coming up.  How’s that?

And since it’s always hard to know where to start when there are four of us, I’ll start with the eldest and and work my way down the sister chain.

Pat’s been grandparent sitting.  First we had Ethan, now we also have the new addition… Elise.  sorry, no pics right now, but maybe in the future.  However, you can get a glimpse of Ethan if you go to bcalease.com.  You could say he’s the Christmas cover story over there… OR you could just say “he’s adorable” .. either works.  Am sure Elise will end up as a star over there in the future, but right now she’s barely 2 months old, so we’ll let her grow up a bit first.

Anyway, that’s not all that’s happening in Pat’s house.

She’s pulled out those rusty paint brushes and I have to tell you, this woman needs no warm up time… when she paints, she paints.

Check this out.  Gorgeous, huh? 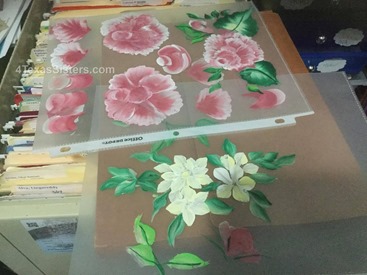 Keep up the good work, Pat.  We look forward to seeing more soon.

So, moving from the Pat house to the Deb house… Deb’s been super busy too, and evidently is the real jet-setter this year as she gets ready to go on a cruise.  Yep, she’s our cruise child for the year.  lol

She’s been tearing it up with her embroidery machine and sewing machine, revamping her clothes and stealing some of the husband’s to make into her own.

Check out this man’s pair of pants that Deb will now be sporting as a skirt… all trimmed out.

She’s also been burning up that embroidery work, but I don’t want to expose ALL our projects in one post.

I didn’t get invited on this cruise, but I did get invited to babysit Harley, the wiener dog and there may be a t-shirt involved in this deal (  lol )so, I guess, I’ll go for door number 2, babysitting the dog.

Moving on, to … ME?  Well, I’ve been busy getting my sewing corner set back up and burning up a few threads myself.  This is a bedside caddy I made for one of my grand nieces who has headed off to her first year of college as of the end of August. 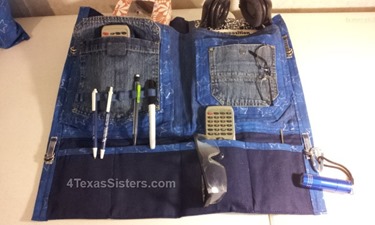 I have to say, I honestly had no idea what I was doing as it all came together.  And I discovered what I’ve probably always known, but kept a secret….   I am a POCKET FREAK.  That bedside caddy ended up with 2 main panels and a total of 15 pockets… which is the dream come true for people who want everything literally within arm’s reach.  I think the only thing that won’t fit in one of those pockets is the kitchen sink.. However, there’s a spot for a water bottle, so that’s close.  Huh?

So, moving along… to last but not least of the happenings in our 4TexasSisters households… Let’s go see what Shari’s been up to.

I have to say Shari and Pat both bring out the décor for each season and holiday.  Sometimes visiting one of their houses is like visiting fantasy land.  lol   Always, always, looks so …. seasonal… oh and awesome, of course.

And since Fall is in the air… Shari is making pumpkins… and pumpkins and…… more pumpkins..  here are just a few that are still in the works. 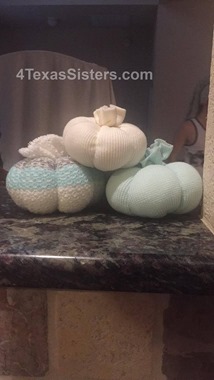 AND… she’s become our furniture upcycle gal….  Yesterday she and Ryan were caught working on the springs of a chair.  ok, so Ryan was caught.  I guess Shari had to take the pic.  lol 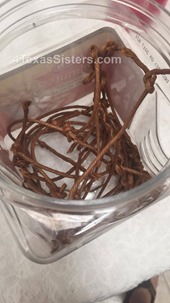 And there’s more going on with all of us, but I’ll save that for another post.